This week, we'll carry on with the next few chapters in the book Friend or Foe by Michael Murpurgo. You can click on the link below to take you to the audio recording on the book. 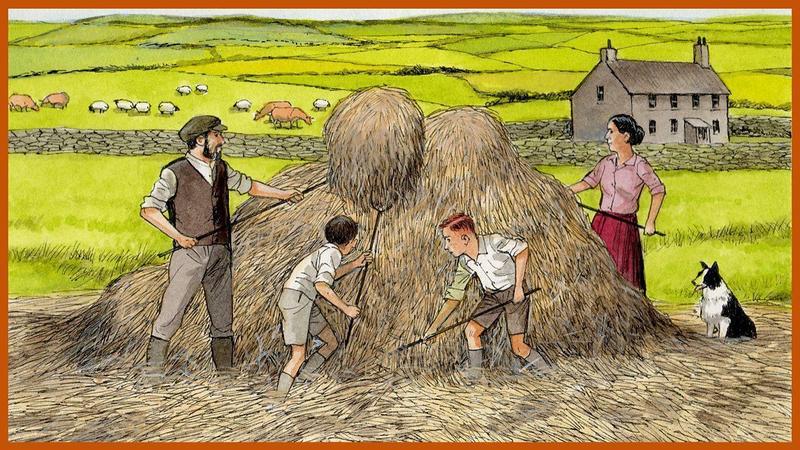 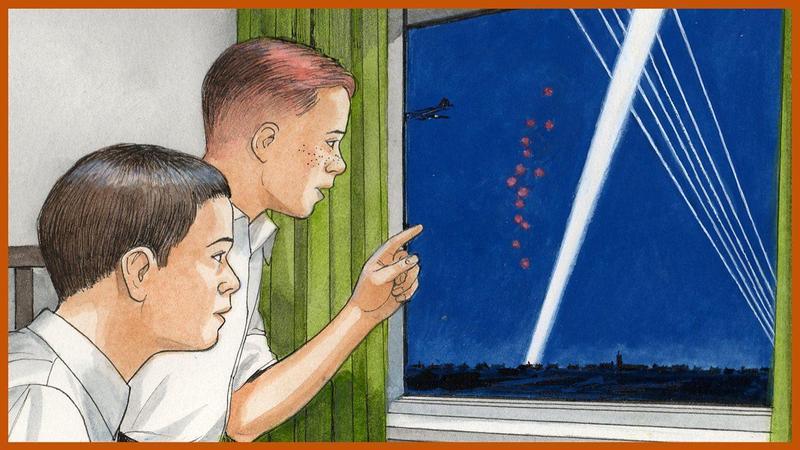 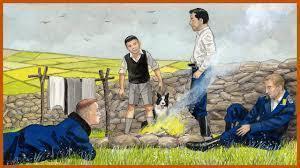 Listen carefully to Chapter 3 of the story, "The townies in the countryside". Answer the questions on the sheet or you can use a blank piece of paper to record your answers.

For a less challenging task, you can complete the Compare & contrast task.

During World War 2, nearly 3 million men served in the British Armed Forces.  These were the soldiers who fought on land, sea and air against the enemy on the Front Line. However, those who stayed at home also had a vital part to play in the war effort. This was called the Home Front. Can you remember reading about it in “Turn that light out” in our Guided Reading?

Mr Reynolds works on his farm, producing food. This was encouraged by the government so people wouldn’t depend so much on imported food. Can you find the poster “Dig for Victory” on the PowerPoint?

David’s mother wrote to him and told him she was stationed at an ack-ack battery on the south coast. Look for the poster encouraging women to join the war effort.

Your task is to produce a propaganda poster for the War Effort. Look at the examples on the PowerPoint presentation; can you find examples of

You can print the template provided or you can use a blank sheet of paper.

David and Tucky have settled into a routine on Mr Reynolds’s farm. They help Mr and Mrs Reynolds with their chores, attend the local school and explore their surroundings. Even though he’s safe and is happy in his new home, David is homesick and misses his mum. Write a letter from David to his mum, telling her all about what has happened since he arrived in Devon. Don’t forget to include:

How much he misses his mum

How he and David came to live with Mr & Mrs Reynolds

A description of the farm & the countryside

For a less challenging task, try the structured letter activity.

David and Tucky are convinced they have seen a German plane crash out on the moor behind the farm. However, a search party comprising the army, police and the Home Guard are unable to find any trace. David and Tucky are the laughing stock of the village and everyone thinks they made it all up to get a day off school. The boys decide to conduct their own search of the moor but as they are returning home, dejected and disheartened having found nothing, David slips, falls into a river and is pulled under by the current...then suddenly he feels a hand and is rescued.

Draw a storyboard of chapter 4 using the template provided or use a blank piece of paper. Use the storyboard with prompts to help you if needed.

David is faced with a dilemma.  Should he tell Mr Reynolds that they have discovered the German pilots or not? On one hand, the German pilot saved his life and on the other hand they are at war with the Germans. Listen to chapter 5, "One good turn deserves another" and make a list of all the reasons for and against telling Mr Reynolds what they know. Finally, write the conversation David and Tucky would have had with David arguing for and Tucky arguing against. Don't forget to include the rules of speech!

For a less challenging task, why not try the Conscience Alley with prompts.