The Tale of the Tree Brothers

This week has a Harry Potter theme.

This is a short story from a collection of folk stories published in the book Tales from Beedle the Bard. This story features in the Harry Potter collection and is key to unlocking secrets in The Deathly Hallows.

The collection of stories are children's tales for magical folk, which teach children morals.

This week we are going to use this tale as part of the motivation for our writing this week.

I hope you enjoy it.

I look forward to receiving some great writing.

Ok first I want you to read the story... no cheating don't go straight to the animation

As you are reading the text, make notes or annotations on the story.

What questions do you have?

What puzzles you about the story?

What language is effective and how does it help to create imagery or to build tension?

How does sentence structure and grammar help to create tension and suspense?

Remember this is a story with a moral. What do you think the moral is/could be?

Let's look at the 4 characters:

Who is the cleverest brother?

Why do you think that?

Can you use evidence from the story and your own prior knowledge to create detailed response to this question?

Write your justification and reasoning down. Discuss your reasons with a parent/carer.

Before watching the film, using evidence from the text could you draw images of Death and the Three Brothers?

What do you think they look like? Where is the evidence in the text to support your ideas, annotate your sketches with words form the text.

Can you now add annotations about their character/personality.

Are they all the same?

Do they act in the same way? Why?

Choose 1 of the characters and write a short description about them including, what they might look like, motivations and personality traits.

Watch the animation all the way through.

Do the characters look as you expected?

Why have the characters been created in this way?

What effect does it have on you while you are watching the film?

Now watch the film again and annotate the screen shots or make notes as you are re-watching the film...

Think about these questions...

How do the characters act?

How does Death respond?

How do characters actions affect the story?

How is the story presented?

Why is it presented in this way?

Why has the sepia tone been used?

What impact does it have?

What is effective about the film and it’s presentation?

The Tale of Three Brothers animation 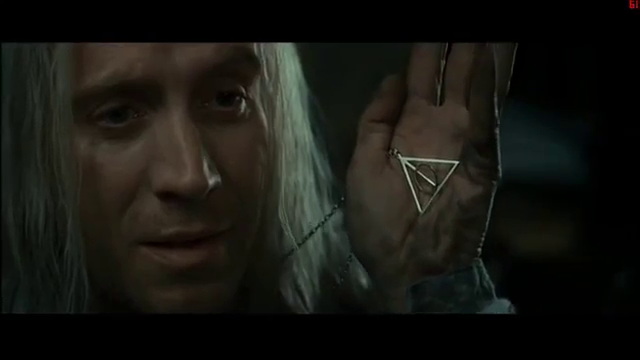 Could you write a recount of the stories events?

Forgotten how to write a recounts visit this weeks SPaG page or BBC Bitesize for a revision lesson.

Could you re-write the story from a different perspective?

Could you retell the story from Deaths perspective?

Why did he pursue the brothers?

Why did he feel cheated?

How did he feel after each brothers death? Why?

Why did the last brother leave with Death as friends?

Could you retell the story as one of the three brothers?

Was the third brother clever? Why?

Who benefitted most in the story? Why?

What is the story moral?

Could you include this moral or change it?

Could you develop a debate or argument about the characters in the story.

You could debate/argue the brothers case against Death or The Brothers cases with each other.

You could debate sides with your family.

Were the brothers right to defeat Death?

Where the brothers right to use their powers in the ways they did?

You could record your debate and share it with us.

You could write an debate/argumentative text discussing and looking at both sides of the argument.

Forgotten how to Debate or write a argument text visit the BBC Bitesize website for a revision lesson.

Task 6 - Write your own tale

Using the Tale of Three Brothers as an example text, can develop your own tale/fairytale/fantasy story where you meet Death...

Who is with you? why?

Where are you going?

Why have you met death?

Death could grant you 1 wish - what would it be and why?

How could you use it?

Who could it help?

If he gave you 3 gifts, what would they be

What are they for?

Who could use them?

How could they be beneficial?

Write your own version of a Tale that tells a story and delivers a message or moral.

Can you develop questions for the story and film, that could be used as a comprehension next week?

Share the questions and answers with me and I will use these next week.