Has been developed to replace the out-dated ‘stranger danger’ approach.

Whilst child abduction is relatively uncommon, it’s important that children can recognise the potential signs of danger.

Most strangers will help rather than harm children.

Conversely, it is often people known to children that pose the greatest threat.

Clever Never Goes moves the focus away from strangers and instead teaches children to recognise when someone (anyone) is asking them to go with them.

We call this ‘Go Spotting’. In doing so, the programme aims to give children practical safety skills which they can use as they get older and become more independent.

It’s about safety – but it’s also about building children’s abilities to engage with the outside world, and giving parents the confidence to let them 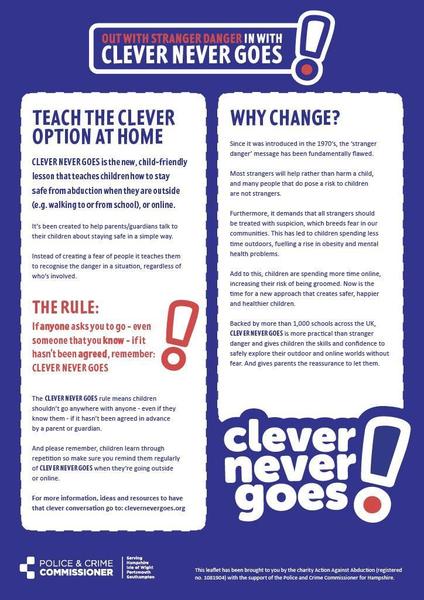